I get nervous trying new recipes sometimes. I mean, who doesn’t? You never really know how it’s going to turn out – especially when it’s not posted by amateur bakers like yourself. Trying to mimic professional cooking conditions is not so easy when you rent an apartment with an electric stove and limited kitchen space. BUT, When I stumbled upon the recipe for Chocolate Truffle Tart on Gourmet.com, I knew it was not one I could just scroll on by. The pictures on Gourmet.com  are like food-porn, and I am a confirmed chocoholic. Just thinking about the chocolate decadence . . . I couldn’t resist! I pinned it onto my recipe board for a rainy day, and waited for the right occasion, which turned out to be just last week!

I owed my senior class some tasty baked goods (I have a classroom rewards system that I call “delicious points”, which I award for outstanding group behavior/performance, and their class reached the goal of 15 delicious points). SO, I set about making the magic happen. . . 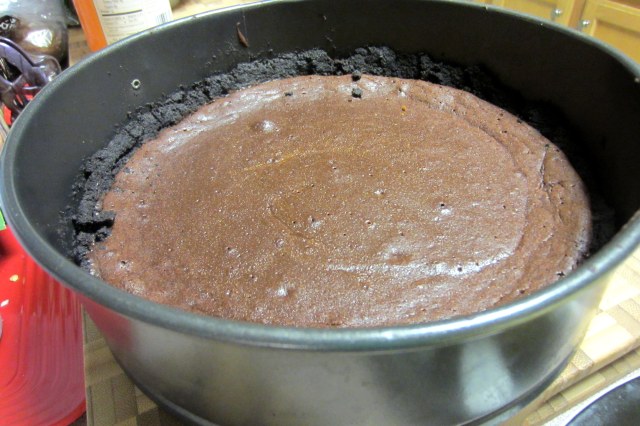 When the chocolate had set, the tart was cooled, and serving time was upon us, I was really curious to see how the end result measured up to the delectable expectations. I dusted the tart with cocoa and sliced in!

Although not as creamy-textured as Gourmet’s pictures looked (maybe I baked it a bit longer?) , the end result was pretty fantastic.

A+. I would definitely make this again. It was NOT hard, and the results were DELICIOUS, not to mention well-received.

Things I would change?

1.) Given a do-over, knowing what I know now, I would NOT dust the cake with cocoa, because it didn’t enhance anything about the flavor, and I thought it kind of detracted from the texture, to be quite honest. Instead, I might do a smattering of chocolate shavings on top.

2.) Next time I will serve this with either fresh whipped cream or a small scoop of vanilla-bean ice cream, because the density of the chocolate could’ve used a little something to cut the richness overload!

3.) If I didn’t serve it with something creamy and vanilla-y, I might serve it plain with coffee, because that would also be highly complementary and SCRUMPTIOUS.

Just a friendly neighborhood reminder that sugar cookies aren’t just for Christmastime, and folks, my mom’s recipe is still the most delicious one I’ve ever used! I made these recently to celebrate the season!

Until this week, I had never made cheesecake before, but at student request I undertook my very first. I found this recipe and, after salivating (ridiculously) over the (ridiculously) delectable photos on Jennifer McHenry’s blog, I decided it would be my first foray into the land of cake and cheese. 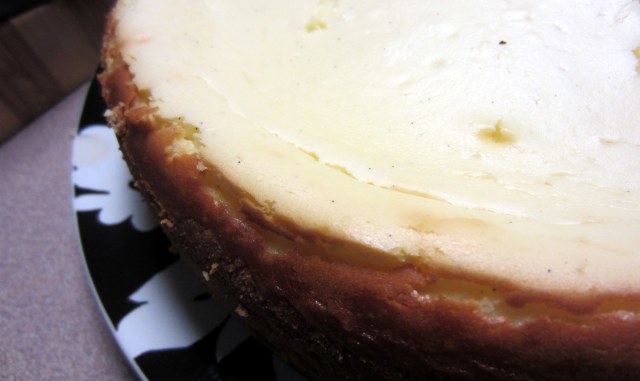 I’ll let you go to the source, the aforementioned Jennifer’s blog (called Bake or Break), for the recipe, because I followed it pretty darn faithfully, but although I won’t be reiterating the instructions I do want to recommend the original set! If I were giving this recipe a grade, it would ABSOLUTELY get an A+.

I’m so impressed with the delicious results. I still have a crazy hard time making caramel (I blame the temperamental electric oven in my apartment), but CHECK OUT my decadent results: 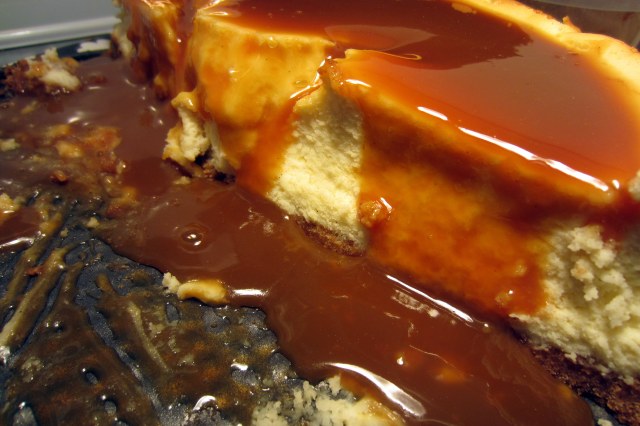 The cheesecake was light and fluffy and delicious, and I just added a little bit of my favorite vanilla bean paste in to replace the vanilla extract and add those perfect little flecks of vanilla-y goodness . . . Everything about the end result was scrumptious!!!

I highly recommend the making of this fabulous treat. If you’re on the fence about it, like I was, and haven’t made cheesecake before (like me), this is a fabulous place to start!

is a phrase used to refer to the moment when a tv show (or pretty much anything now) makes a drastic turn into the bad neighborhood of quality without any hope of recovery. Apparently it comes from an episode of the TV show Happy Days. 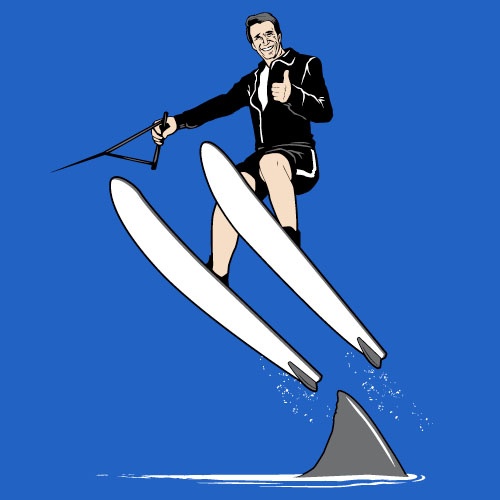 I Just thought everybody should learn that one along with me.

I think everybody could probably take a lesson in cake-enjoyment from my foster niece (ahem: fniece), Bella.

I hope you enjoyed that as much as she did, but, well, I’m not sure that’s possible.

I have been apple picking four different times in the past few weeks. In addition to a raging case of poison ivy (and potentially-but-hopefully NOT . . .  Lyme disease?), I have been given some remarkable opportunities to creatively use apples. 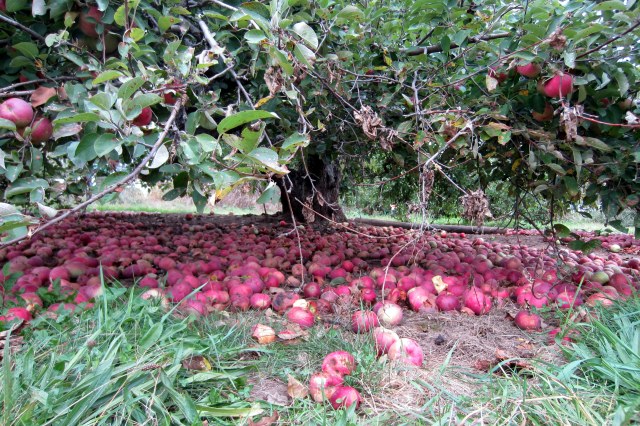 By the time I had finished a small batch of apple sauce and some tasty apple crisp, I thought it might be the end of my apple season. . . 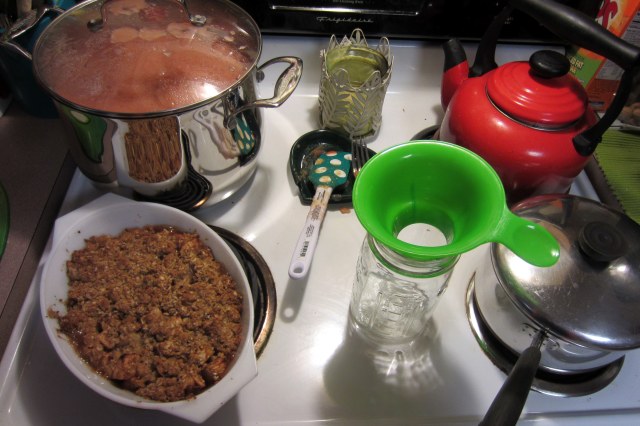 But then I went for a walk with my sister-in-law. After spending the exorbitant 15-25 dollars a bag at various farms around town, when we saw the bruised-but-perfectly-wonderful apples lying around the public park, admittedly a bit crappy-looking, but FREE, well . . . we couldn’t help ourselves.

That’s right, we gathered up the crappy apples . . . or, as I like to call them now:

These bruised little freebies might not be the prettiest apples I’ve picked this season, but they have given me the motivation to not ONLY make more applesauce . . .

Anybody else doing some good old-fashioned canning out there? There’s nothing like the pop-pop-pop of the lids sealing off as they cool, is there?

Another Psalm/Hymn for you all from that lovely church Psalmody I found tucked away in my childhood home. . . Happy Sunday!