Maybe it’s the sicillian in my blood, but Tiramisu is my achilles heel when it comes to desserts. I just fall for it every time. 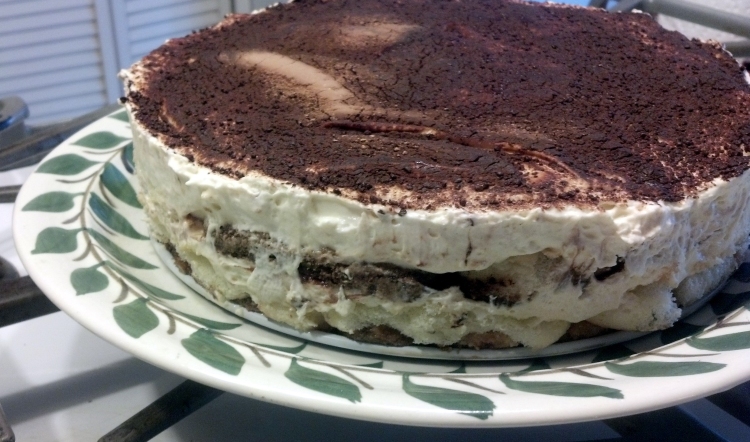 For the last few years, I have foregone the mundane pleasure many people find in that timeless birthday tradition of CAKE and, instead, enjoyed some severely sumptuous Tiramisu, courtesy of my amazing mother. Now, this year, in an effort to diversify, she made a new recipe, which I have since modified (a little) and feel good enough about to pass on to the greater community of online bakers! It’s quite extravagant, if I do say so myself, and really pretty wonderful.

My mother chose to serve up these layers of fluffy food-fornication with the subtly perfect accompaniment of fresh raspberries, which I highly recommend, should you enjoy that little burst of flavor ! 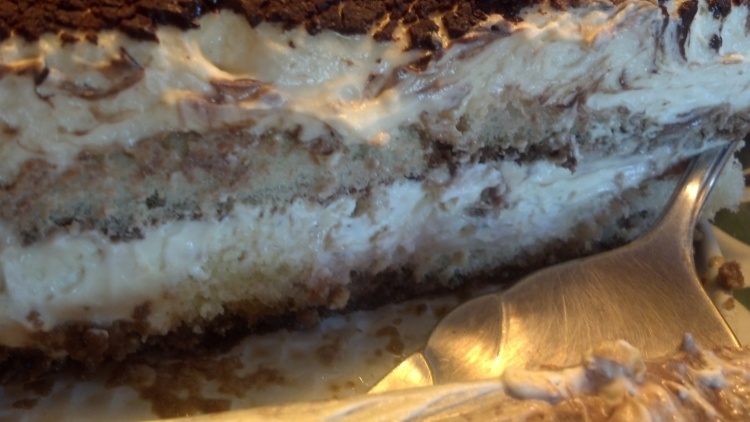 Serves: 8 fairly sugar-lovin’ people! Prep Time: is a commitment, you should probably make this a day in advance, but it is worth the outcome if you’re looking for a sinfully good and impressive dessert! 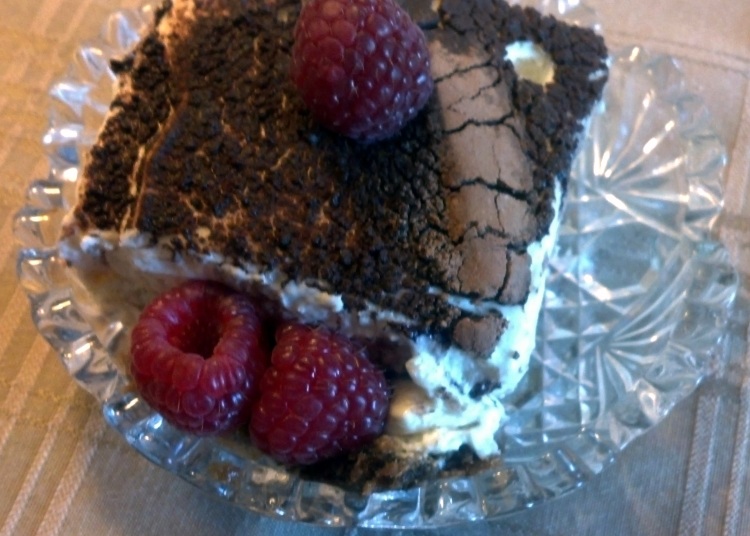 1 cup  sugar
1/2 cup Madeira (the original recipe called for 1/2 cup of sweet marsala -from a liquor store , not grocery-store marsala- but I just wasn’t wild about the taste! I would also like to try this using pear juice as a substitute for either liquer!)
4 large egg yolks, at room temperature
1 cup mascarpone cheese
1 cup crème fraîche
1 cup heavy cream, whipped
1 teaspoon vanilla extract
1 and 1/2 cups espresso or very strong coffee, cold
4-6 tablespoons rum or brandy (or to taste)
18-36 of those cheapish soft ladyfingers you find in Grocery Store bakeries (and sometimes randomly in the Produce Department!) he number you need will depend on the size of the pan!

Combine the sugar and Madeira or Marsala in a medium saucepan and bring it to a boil over medium heat. Continue to boil, swirling the pan occasionally to encourage even heating, until a candy thermometer registers 250F/120C, or a drop forms a firm ball in a cup of cold water – about 5-7 minutes. Now is also not a bad time to whip the heavy cream that you plan on using in a short while!

While the syrup is cooking, put the egg yolks in the bowl of a mixer (I ❤ my Kitchenaid!) and beat at high speed for about 5 minutes, until they triple in volume and fall in a thick ribbon when the beaters are lifted. As soon as the sugar syrup has reached the correct temperature, take it off the heat and immediately begin to drizzle it in a thin, steady stream down the inside of the bowl with the egg yolks, beating constantly. Beat until all the syrup has been incorporated, and then keep on beating it for another 3-4 minutes, until the mixture is just warm to the touch. Then you want to stop beating it and let it cool completely!

In another bowl, beat together the mascarpone and crème fraîche until it is nice and smooth. Beat in the cooled egg-and-sugar mixture, and then fold in the whipped cream and vanilla. Cover the bowl with plastic wrap and transfer to the fridge to chill for 1-2 hours.

Select your pan (if you haven’t already, which you probably did seeing as how you buy the amount of ladyfingers based on the pan you use!). I normally use a 9-inch spring-form pan, but you can use any dish of roughly similar proportions. In a new bowl combine the cold espresso and rum to your own taste preferences (I usually throw in a little vanilla and lessen the rum amount, just because I love vanilla!). In still another small bowl (lots of dishes, I know, but eyes on the prize!), stir together the cocoa powder and powdered sugar. 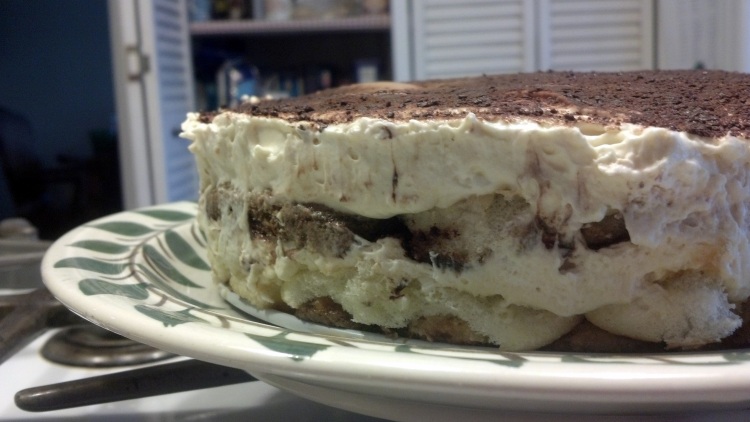 Lay the soft ladyfingers out around the base of your chosen pan. Carefully drizzle the espresso mixture over them, being careful not to let them get too soggy! Some people choose to soak them in the mixture for a short period of time, but I have found that that always produces soggy-misu! Ideally, the lady fingers will absorb some of the coffee, but not turn into that nasty, baby-formula-spit-up consistency. When the bottom of the pan is covered, spread half the chilled cream mixture on top. Sift half of the cocoa powder on top. Repeat with another layer of ladyfingers, cream and cocoa. Cover the pan tightly with saran/plastic wrap and refrigerate for at least 4 hours, or overnight. 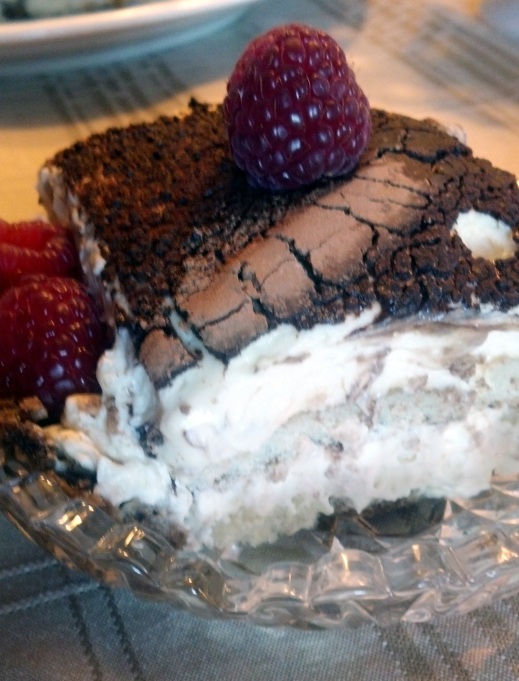 Serve this up with pride, friends, and watch in delight as people swoon. It’s pretty ridiculously delectable!