Maybe it comes from watching BBC’s six hour Pride and Prejudice more times than I can remember, or perhaps it’s a result of obsessing with Harry Potter for the past, oh, ten years or so, but it seems that the exceptionally magical can only come from Britain these days. Seriously, perhaps it’s only because I work in a high school, but in my recent experience all I have to do is talk with a fake English accent and people immediately joke around about being in class at Hogwarts, or feeling like wizards.

So, maybe it should come as no surprise that the most magical television experience I’ve had in recent memory hails from none other than the British Broadcasting Company. 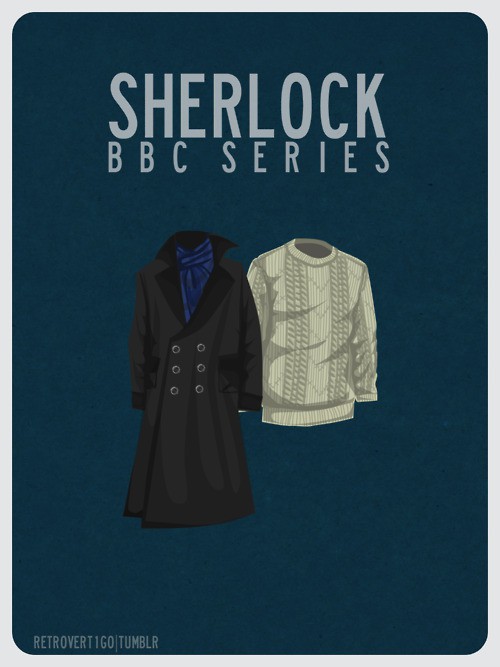 I am truly, madly, deeply in love with this series. There are two seasons, each with three episodes, and I was beyond hooked before the first episode was even halfway finished. (Season 1 is on Netflix streaming!) The two main characters are played by Benedict Cumberbatch and Martin Freeman, both of whom astounded me with their character portrayal.

The nuance of the acting really highlights the brilliant writing. Even hard-core Arthur Conan Doyle fans are proclaiming it genius!

If nothing else, you should watch this show for the witty conversational interplay and the incredible characters! 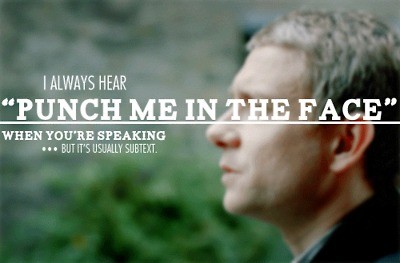 Sherlock: “I dislike being outnumbered,

it makes for too much stupid in the room.”

Mycroft Holmes: Just once can you two behave like adults?
John: We solve crimes, I blog about it, and he forgets his pants. I wouldn’t hold out too much hope.

. . . there’s something incredible about the bromance between Holmes & Watson . . . and not just because they are good looking themselves. The interplay and character friendship development is exceptional! At first you just see a veteran war doctor with some PTSD problems and a brilliant egomaniac asshole, but – facet by facet – the glowing aspects of these men are revealed, and you just fall in LOVE. 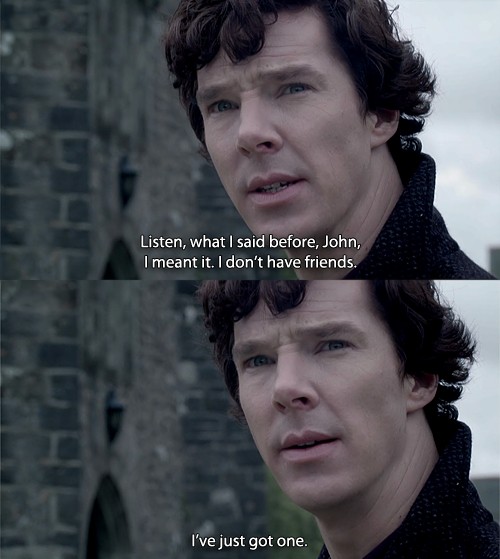 Which leads me to my current problem. 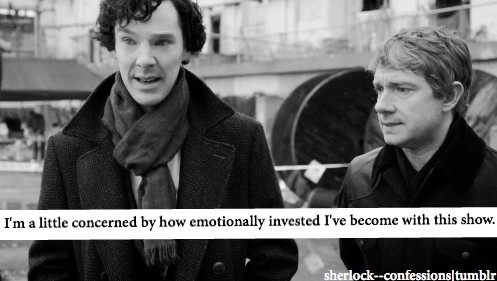 In fact, one of my roommates came home yesterday to find me, eyes glued to the TV, practically in tears as I listened to John speaking the following words to Sherlock’s tombstone during the season 2 Finale. 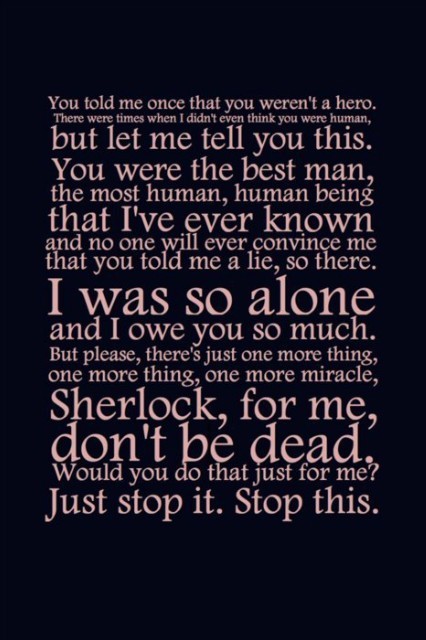 I don’t think I’ve felt this devastated on behalf of a character since, well, since Dobbie died. It’s downright stressful.

In summary, you should watch this show, you should love it, you should let it break your heart (because it will a little bit anyway) and then you should wait with me, with baited breath, for season 3. Apparently, sources say that the filming is going to begin in 2013, so I can only imagine what kind of emotional state I’ll be in by the time I actually view the season. . . I think I need someone to commiserate with if I’m going to make it!