I have a major obsession with petticoats. Perhaps this is not a surprise to some. It’s just that petticoats make every full skirt behave the way it should, you know? There is something inherently feminine and inexplicably satisfying about donning a few layers of lace chiffon and sashaying from Point A to Point B like  Scarlett O’Hara…

Plus, you just stand out from the crowd when you wear one. Example? Look how it seriously transformed my other-wise awkward salmon colored dress:

I know, I know, it’s old fashioned. I get the occasional little old lady telling me that she remembers being forced to wear them as a girl . . . BUT, I also get a lot of people who wish they were fashion-forward (backward?) enough to attempt to wear a petticoat. For some reason people think it takes guts to wear one of these darlings, but the reality is that they’re very empowering, you know? It takes a lot less chutzpah than it takes to wear some of those scandalous get-ups people go clubbing in these days. Yes, I am old-school. I ascribe to the  passé philosophies made popular by the oh-so-gauche stylists of decades past like, oh, you know, Christian Dior? According to St. Wikipedia, the return of the petticoat (following their necessary extinction during World War Two) is thanks to Christian Dior’s “New Look” line, back in in 1947 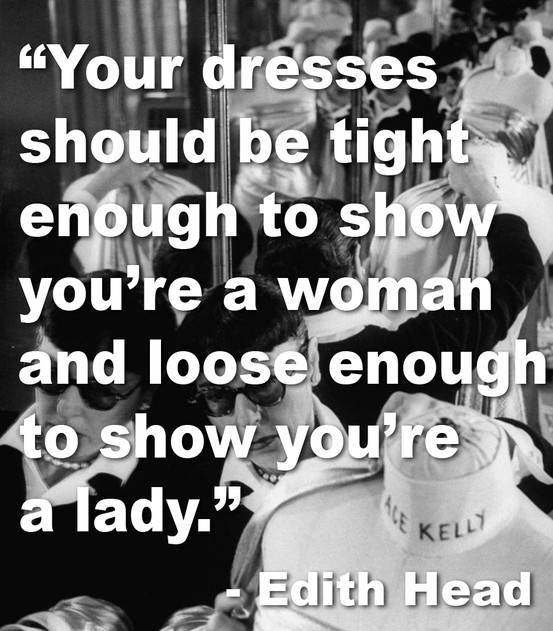 Who is Edith Head, might you ask? And what would she know about dresses? She happens to be the only lady in American HISTORY to win EIGHT Academy Awards for costume design. 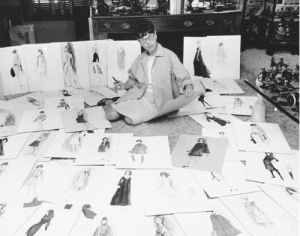 Yeah, Pixar even made a character based off of her in The Incredibles. She’s kind of a big deal. So, don’t take my advice, take Edith’s. Lay off the skin tight, and spruce up a dress here and there by adding a fluffy little petticoat into the fray!