You’ve gotta ask, though, would a rose by any other name smell as sweet? If roses were called . . . feces or stinkers or something, would they still be quite as appealing? I have my doubts.

Lets take a look at some snazzy names that went with some equally swanky ladies . . .

Irene Vanbrugh, Sybil Carlyle and Muriel Beaumont: Three actresses who starred in The Admirable Crichton around the turn of the century.

Clara Bow: The actual original “It Girl” who was pretty much the sex symbol of the roaring twenties. 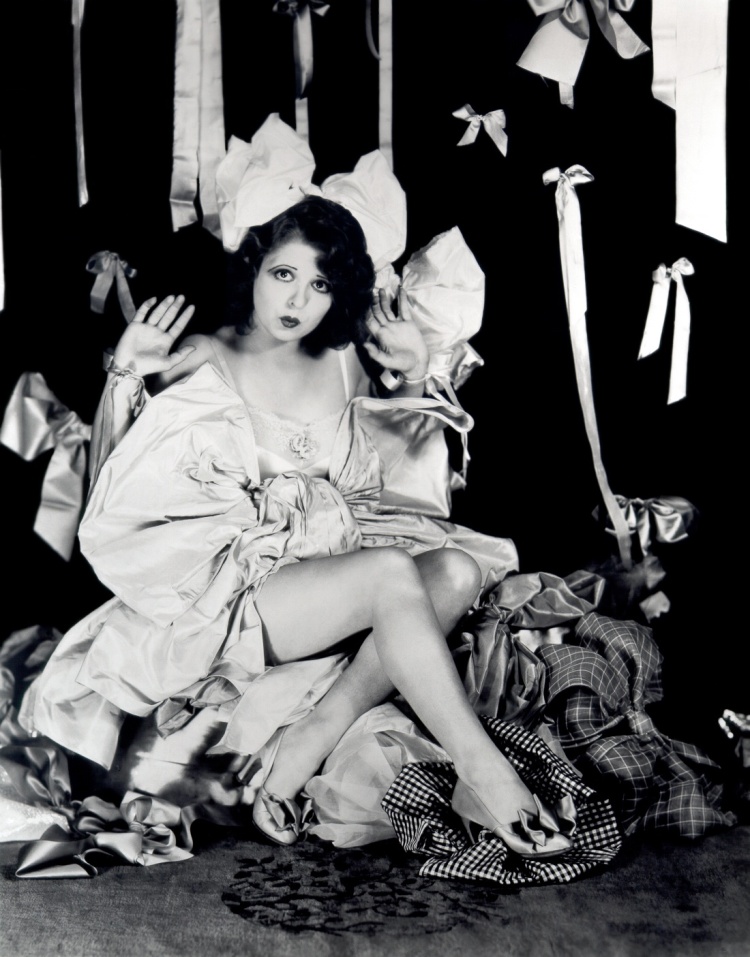 Myrna Loy: An actress and a dancer and quite a hair artist. 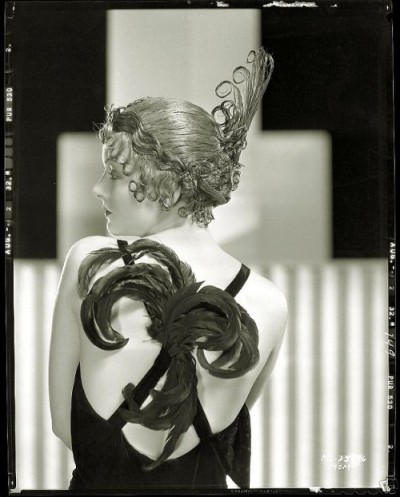 Tallulah Bankhead rocked her name with her famously husky voice, not to mention her panache on the stage and screen as an actress! 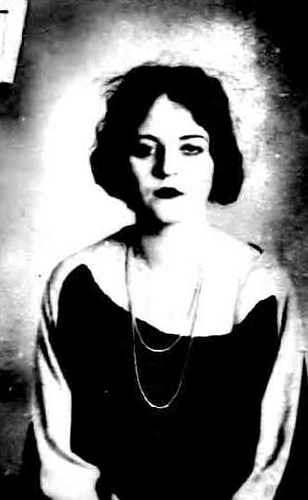 Mary William Ethelbert Appleton “Billie” Burke was one of the first ladies to show me the magic of cotton-candy pink confectionary-like clothing as Glinda the Good Witch. 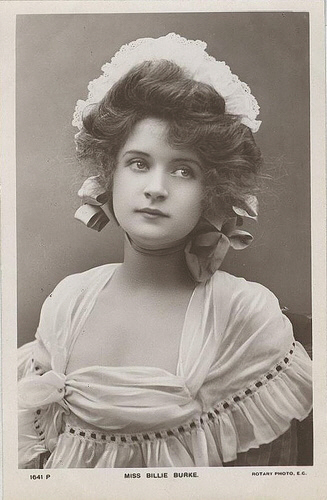 Maude Mary Hawk Fealy was in her first Broadway show at the age of 3 . . . plus, she was a silent movie starlette!

Daphne Du Maurier was that brilliant author who creeped people out (through Alfred Hitchcock) with her stories, including The Birds and Rebecca.

Evelyn Nesbit Thaw was a chorus girl and a model whose lover treated her as muse UNTIL her jealous husband shot the famous artist/architect atop a roof of a theater in Madison Square Garden in 1906.

These snazzy ladies with their equally snazzy old-fashioned names did some name trail-blazing, if you ask me. Would I want to be any one of them? No, that’s not my point. Do I love their names and their panache? Yes, yes I do.

I do so love old-fashioned names!