I wrote this back in 2007, right after moving to France for the year, and I decided that it might be worth sharing. Every time I get nostalgic for travel and life abroad, it helps to remember that it was not actually perfect, as nostalgia tends to render events past. This is the rundown of my first day of classes in Aix-en-Provence . . . complete with angst and cultural frustration, as well as a healthy dose of humor!

The day started with some serious hairspray. 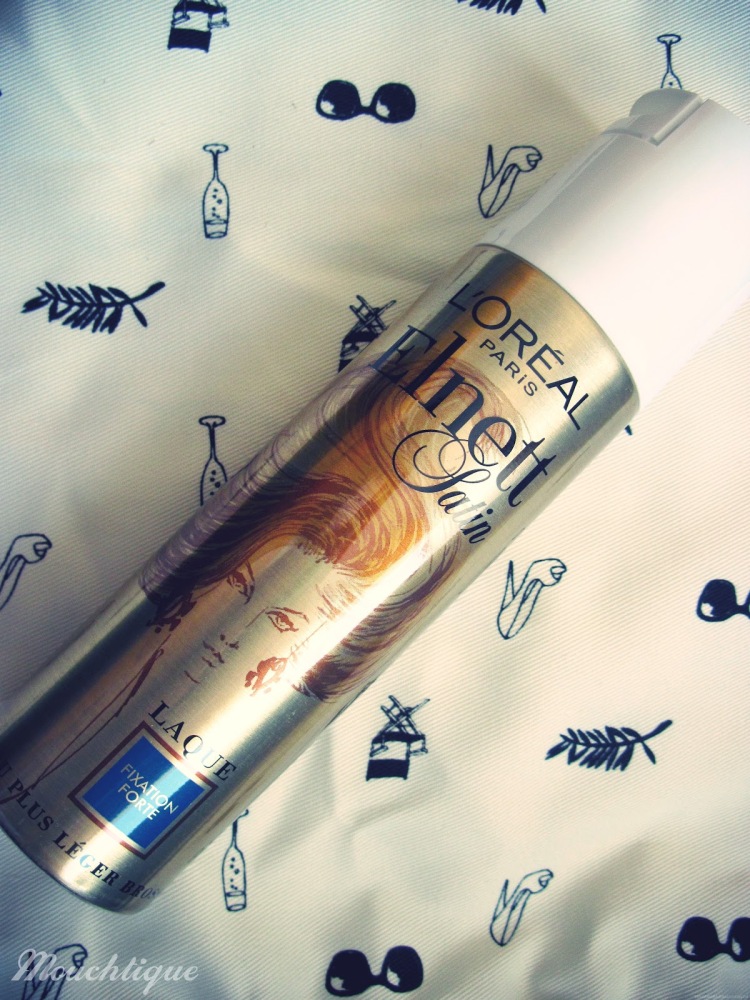 Now, when I shop, I am definitely a sucker for labels and packaging (the proverbial book-by-the-Covergirl), so when I saw this new L’Oréal product, all dressed up in it’s gold label and welcoming me with it’s shiny descriptive title, who could resist?

Unsuspecting little me had just finished curling my hair and figured I could use a healthy dose of this Satin-spray stuff to make it last through the day. So, I held my breath and sprayed like crazy.

Unfortunately, then I started breathing again.

It was like a direct flash-back to sophomore year bio lab. That fetal-pig-like, cloying smell definitely had a strong resemblance to formaldehyde. That’s right, I think I might’ve just put pig preservative in my hair, because:

This is definitely a strong scent. I was pretty sure it was hairspray because down at the bottom it said “fixation forte” so it’s either hairspray or some kind of strong glue. It actually seemed to be working reasonably well on my hair, despite the unholy odor, so I decided that it wasn’t worth a re-washing. I could deal with a little formaldehyde.I mean, I passed bio, didn’t I? Off I headed for my first day at a new university, hoping hairspray would be my only misfortune of the day.

Not only was she a grammar professor, she was a talker. And not only did she have a love affair with the sound of her own voice, she was obviously one of “those French people”; one likely born holding a pack of ciggies who has spent most of her post-lycée existence smoking her way through excessively vehement intellectual conversations in bars or coffee-houses. Plus she has an accent AND constantly slurs like she has recently downed two-too-many cocktails. Picture your nightmare of an American secretary from the sixties and then hit the translate button into French on her voice box.So, welcome to your first three hour class, honey. Oh no, wait, 3 and ½ hours. So, welcome to Hell. Hope you don’t mind the heat.

Trying to be positive about three hours of grammar every Wednesday morning didn’t really make it through the introduce-yourself session. It’s hard to be confident and positive when everybody around you is a genius. There were nine people in my class. One works for the Japanese Office of Foreign Affairs and has two Masters Degrees. Another is trilingual (not counting French) and has her Masters in Translation. Another Egyptian guy has learned perfect French (at least, this is what the professor commented) in the past 11 months only and is taking a full class-load at the Institut while also teaching at a French middle-school. Another girl has lived in France for two years and has finished a Masters in philosophy at the University of Hamburg. Another is basically a young-adult genius (she’s seventeen, is traveling all of this year and is practically trilingual, although she will be studying Law and Spanish at Cambridge next year). I could go on, but it would just be dripping a little more lemon juice onto the open wound of my pride. The sad thing was I thought I’d finished with my serving of Humble Pie. Well, two hours of lectures on transitive and intransitive-ness of French verbs is enough to make you feel like you really know nothing, especially when you don’t know what that means in English. Damn whole language teaching methods. We topped off the class with “a little test, just to gauge how you’re doing” and a little public correction (a.k.a. humiliation). It was, without a doubt, a regretfully unforgettable experience.I think I understand why French people all smoke. I definitely could have used something to settle my nerves when I got out of that room.

Thanks to intercontinental travel and my recent bout of in-flight air-conditioning and contamination, I am coughing like it’s my job, so during my hour break between classes, I rushed back to Rue de la Mule Noire to grab some cough syrup and a little bread for lunch before I speed-walked my way back to the Institut. This is the part where I went up and down a total of 12 flights of stairs twice trying to find the right classroom. I won’t bore you with the details, except to say that I don’t know why you can’t just get to the entire second floor through one staircase. It seems a little counterproductive.

So, a million years later when I found the right room, I sat myself down between a Chinese girl and a Scottish girl. Of course, the Scottish girl and the American next to her were speaking in English and I would’ve given a small appendage to just join in guilt-free. I miss being able to communicate, like a fiend. But I only let myself have a few words and then I went back to trying to talk to my new Chinese pal in French.

Fact: It’s hard to be truly friendly when you can’t even begin pronounce somebody’s name.

Finally, a German girl came in and started a really fun chatty conversation. The five of us girls basically have all of our classes together, since we’re all going through the classes for the “French Society Diploma”. I guess we’ll get to know each other pretty well.

The professor who finally found his way into the impossible-to-access Salle Mistral was remarkably jolly looking. Seriously, if he had white hair, a beard, a slightly larger gut and the tendency to give lavish gifts to strangers, he could give Santa a run for his money. A little easier to understand than Professor Pack-a-Day the Grammarian, I started to enjoy this guy. He was dressed to the nines in a navy suit, whose jacket buttons were straining a little to hold themselves together. He would jokingly try to say words in English once in a while and every fifteen minutes, while talking about French Government and Patriotism, he would spontaneously start singing the French National Anthem at the top of his lungs. Definitely Amusing. He also let class out about a half hour early . . . which, today, means that he could possibly be one of my favorite people alive. Standing to leave the room, he announced: “Jeunesse de mon vieux pays, la France éternelle vous salue.” . . . to which we all must have looked as confused as we felt, because he then attempted a translation in English, saying, “Babies of my old country, take care and keep cool!” before leaving the room in a flourish.

The next class started out a little more awkwardly. First of all, when Monsieur G. started going off on a little tirade about how he couldn’t believe there were only five of us I sort of tuned out for a minute . . . only to realize that the otherwise-entirely-proper Chinese girl next to me was having some serious burping issues. She proceeded to burp constantly for the next two hours. So as I tell you about next class, picture two hours with the politely-burping wonder next to you. I won’t write each burp in, because that would take too long. I’ll leave it to your imagination. Just know that it was incredible. I have never heard somebody burp that much for that long. Not loud, because I doubt the professor heard them, but definitely unmistakable, although none of us acknowledged it.

That was almost as weird as the physical appearance of our professor. When I first spotted him, I thought immediately of a jack-o-lantern, only less orange and with more teeth. I have since changed my mind. He is either some long-lost descendent of Frodo Baggins or his mom cheated on his dad with a Sasquatch, because he is the hairiest man I have ever seen in my entire life. Bar nobody. And he wasn’t even showing any abnormal amounts of skin!

The hairy Professor proceeded to have a very fast, very one-sided conversation about politics for an hour. Seriously, I don’t even hear people talk that fast on the street. Finally, German Girl looked at him and asked him to please talk a little slower. He didn’t really, but he tried, so that was nice. Despite that, he was very nice and we ended up having a lively political discussion about the practices of Initiative, Referendum, Impeachment and Constitutional Revision. After two hours, we all stood. Six o’clock in the evening and classes were finally over for the day.

It had been eight interminable hours, seven of which were pure lecture, but I had survived my first day of school.