The word “beer” always makes me think of the scene from Mickey Blue Eyes when Hugh Grant’s proper English character is trying to pretend to be a mobster and really can’t fake an italian accent! Now, unlike Hugh, accents I can do, but I’m not much of a beer person. Despite that, I’m just as game as the next person when it comes to trying new ingredients . . . SO, when some friends and I decided to have a food-off, iron chef style, with the only required ingredient being beer, I knew it was time to get creative.

Step 1: Thinking outside the box!

When I first started scouring the internet (ahem: Pinterest) for a recipe that would function as my beer muse, I found a lot of beer-battered meats and chocolate stout cakes. . . both of which sounded delightful, but both of which I knew would already be making an appearance at the bake-off (courtesy of my deliciously talented friends). It wasn’t until I stumbled upon the concept of homemade beer-flavored marshmallows that I knew what I was going to try. Originally from a gourmet sweet shop called Truffle Truffle, I found and followed an awesome copycat recipe from Kitchn.com. I was a little nervous making my first ever marshmallows. . . but they were actually pretty simple! 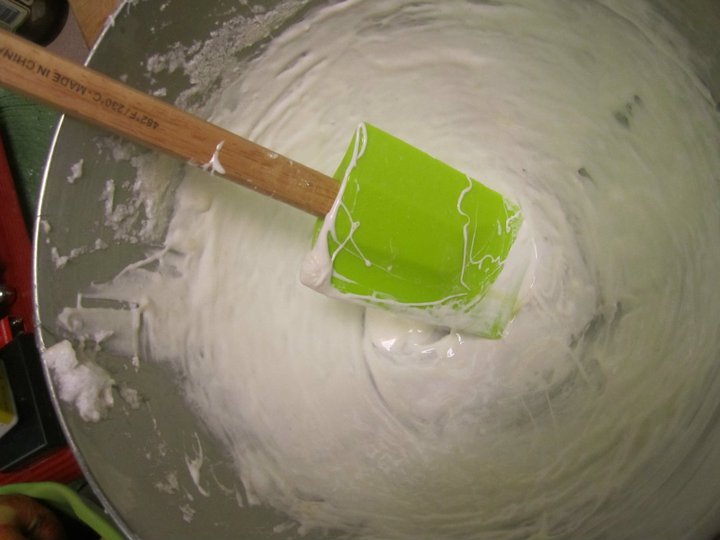 After pouring the sticky goo into a pan, complete with just under 1 cup of delicous summer lager from Cisco Brewers in Nantucket, I was ready to keep going. . . but this is the part where you have to be patient and wait. Its a good idea to crush up the pretzels at this point. I left them bigger than my source did. . . pretzel powder is just a little too wimpy for me.

Finally, when enough time has passed, you get to slice these fluffy little miracles into the size/shape you wish. I went for smallish cubes. . . It was kind of tricky because of stickiness, and so next time I might let them sit longer or go for a better knife or something!

Melt chocolate and dip those marshy-mellowy little lumps in them. Sprinkle them with pretzel bits and let cool/harden. 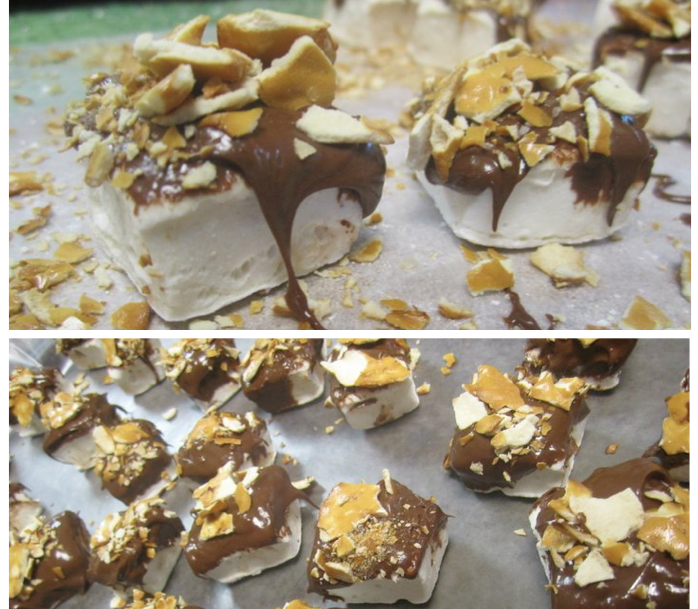 The result was fantastic! They’re perfect little mouthfulls of sweetness with a hint of savory/salty in the finish. I would recommend them for upscale football-watching parties (if those exist!) and fancy dessert-like snacks!