This past weekend, I had a chance to attend my very first Zombie Prom. While the event itself was quite fun (who doesn’t like dancing and people watching with a bunch of undead characters in downtown Salem, MA?), I think the festivities preceding the dance itself were equally as delightful, so I thought I’d share with you some of the creative treats that were included!

With a little pinspiration [x] I decided that I would attempt my very own sugar glass shard cupcakes, with a zombified green twist, and what you see is my not-quite-pleasant (but exactly what I was going for) result! I followed a simple online how-to  for making my sugar glass, but added just a little green food coloring in near the end. The whole process was very fire burn and cauldron bubble-y, if you know what I mean.

But I wound up quite pleased with the results! As an added touch, before I frosted them, I put some raspberry jam in about half of my cupcakes for the added oozy effect . . .

Some of my friend Romina’s contributions (that likely deserve their own posts, but as I didn’t make them myself, I’ll leave that up to her) included: 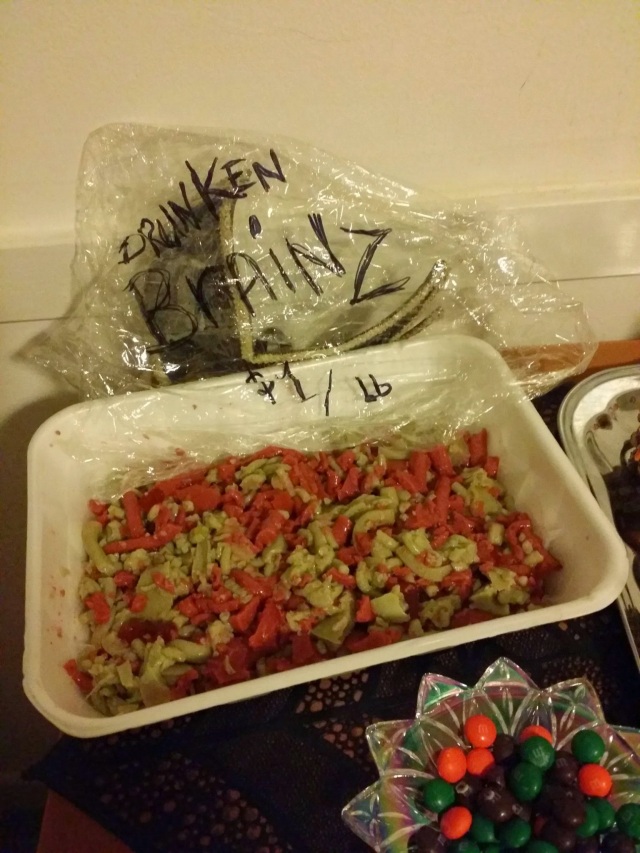 These jell0-shots were actually delicious, and were made in STRAWS to achieve the exceedingly nasty look!

Somehow this was simultaneously adorable and gross at the same time – definitely a rare accomplishment, if you ask me.

So, there you have it! Some deliciously icky-l0oking zombie party treats!