When I was six, I wanted to be a paleontologist.

That’s right. Dinosaur bones, civilizations past and Pharaoh’s tombs. . . I was a weird kid, what can I say?

I have a very vivid memory of my sister Sarah reading me a book about the man who discovered King Tut’s tomb. After I stopped having nightmares about the vivid descriptions of mummification (can we say hot pokers up the nose to scramble the brains? I WAS A LITTLE KID, for crying out loud!), I remained fascinated with all the trinkets and treasures such a break-through might unearth.

My exciting career path was, tragically, hijacked by the realization that excavating tombs made for less-than-glamorous work conditions. Since my experiences with camping were rife with leaky tents, crabby siblings, and overcooked food; the glorious mental picture I had painted of a career in paleontology took on a dusty hue. Before long, I was done with dreams of digging and had made the small leap from pursuing the sciences to . . .  becoming a movie star from the 1950s (à la Hepburn).

Long after my love of national geographic topics has worn thin, my passion for unearthing treasures from the past endures. . . WHICH, (I think) is why I love exploring antique stores. My disenchantement with bones  and tombs never tarnished my excitement for sifting through piles of discarded belongings, and nothing soothes a mountain of stress better than losing yourself in perspectives from the past. . . Antique stores are like a dusty old book of fairy tales. The exterior might be tattered, worn, and tired, but as soon as we go beyond the introduction, magic spills out – uninhibited; twinkling as brightly as the viewers imagination will allow.

Imagining the lives of this highly awkward family, which I stumbled upon while visiting Found in Ithaca, NY 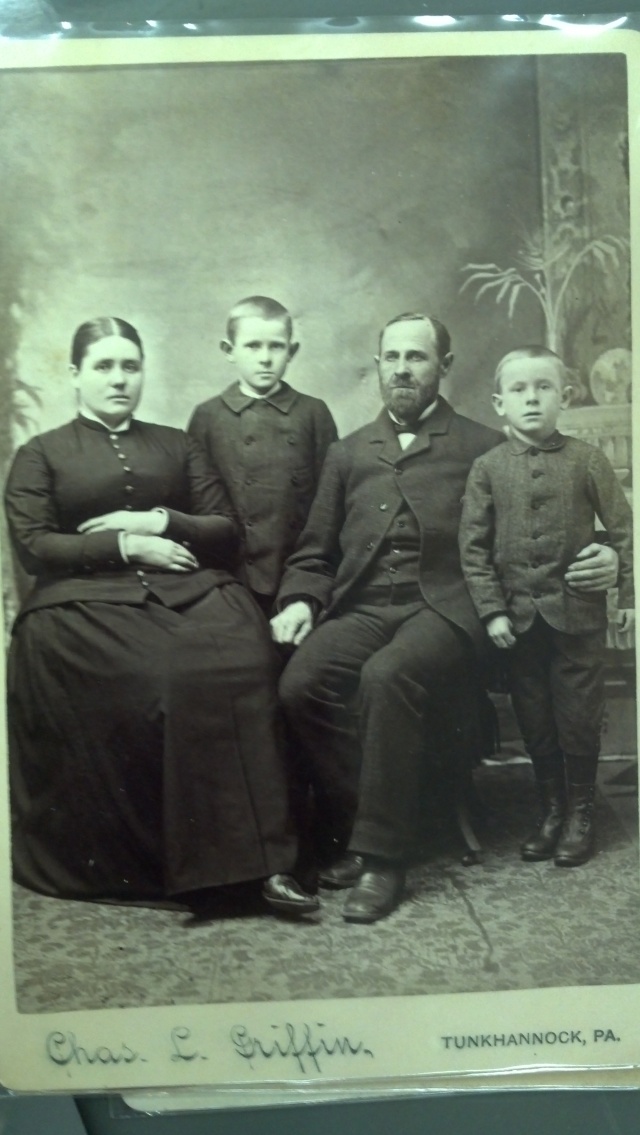 Or what about this man?

I mean, aren’t YOU just the least bit curious about that stache-tastic gent? Or, if not, what about the next little girl whose name is AUGUSTA, a fact that even she seems a little shocked about! 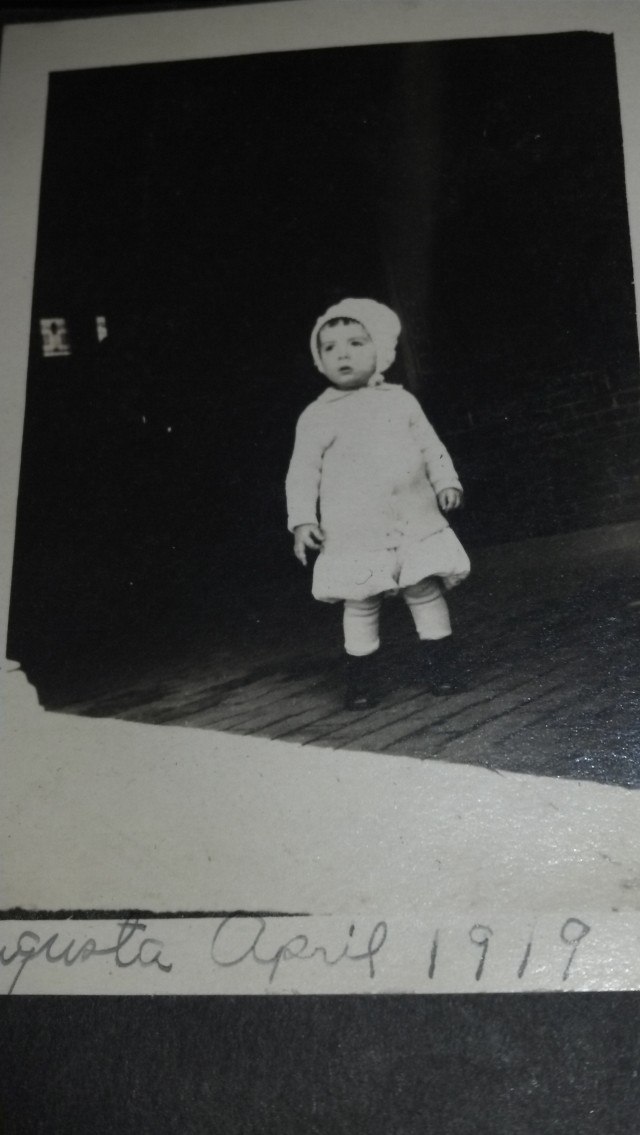 I’ll bet she did great things.

If you’re not the least bit intrigued by these curiously (and permanently mysterious!) characters, there are other incentives to frequent your local flea markets.

Sometimes it’s a good idea to see what was trendy long before Gaga. . . 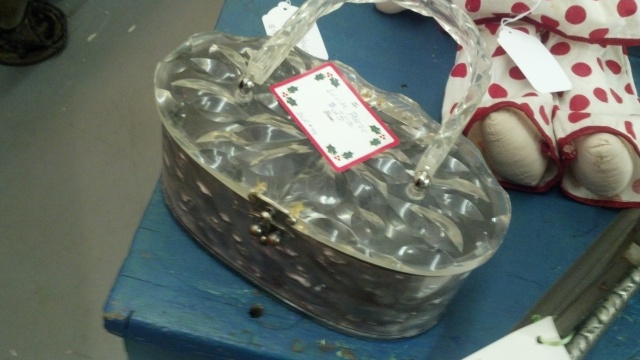 Occasionally you can find unlikely and innovative decorative ideas:

There are even times when the old ties in magically with the new and I find engraved initials that are incredibly familiar . . . horcrux box, anyone? 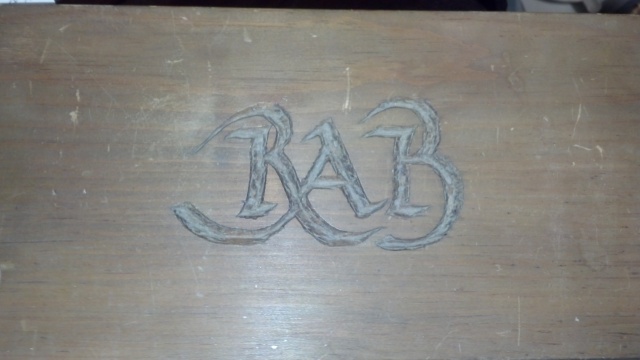 Who knows? Maybe I’m just looking for the perfect Salt and Pepper shakers one day when . . . SHAZAM, voilà!

From time to time, I’ll buy the odd postcard (more particularly, AN odd postcard) to send a unique note to a friend

(nothing says “I-really-care-about-you” like a postcard that stopped being printed in the late 1800s).

Actually, (true confessions) I have spent hours reading yellowed postcards from the turn of the century, or paging through a disintegrated cook-book to discover which recipes were best-loved by anonymous housewives cooking from their victory gardens. I like to cook, so that might explain the intrigue. But even if you’re not a culinary nerd, you might find yourself ensnared by some beautiful poetry  or a novel that the modern American classroom has long since replaced with something “edgy”. 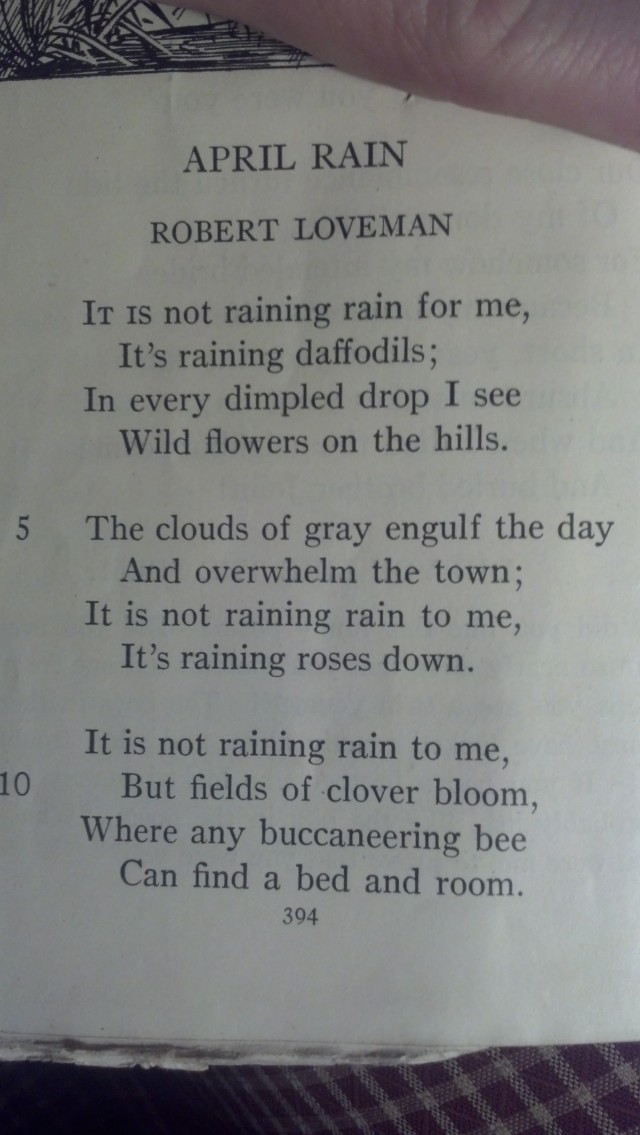 So, to a casual observer, my hobby might seem dull, but only because they are missing the essential. History Textbooks are well-stocked with accomplished characters who wrote laws, established governments and invented gadgets, but antique stores, rummage shops, yard sales and flea markets tell the stories of the everyman; people like me throughout history. Maybe they didn’t write the Great American Novel. Perhaps they were never implicated in a government scandal. But everything I uncover in my treasure hunting was once part of a full life. With every hurriedly-scrawled note, another facet of a person is uncovered. Each stack of papers is a silhouette, just waiting for me to delve in and flesh out the nuance of features and the beauty of personality.

In 100 years, when I’m gone, I hope someone reads through my old books or appreciates my taste in decor. I hope some future curious stranger wonders what my life once held and reads my private papers on a chilly day when there will likely be better things to do! I hope someone laughs at my letters and repurposes my decor. At the very least, though, I hope someone gets a chuckle from my awkward childhood photos.