“But it’s so commercial.”

One common theme in the Hate-On-Love-Day Parade is the claim that Valentine’s Day is overly commercialized; exploited by corporations, both large and small, to make moola. I have several things to say in response to this…

“I’d rather do something when it’s NOT expected.”

Oh really? How often does that actually happen? Sorry for my skepticism, maybe you are the king/queen of doing nice random things for people and I have misjudged you. If that is the case, then huzzah! But I still urge you to look at it from another perspective!

Impromptu and spontaneous acts of love are fantastic – but so is a holiday whose sole purpose is to perpetuate and promulgate planful and thoughtful acts of love! So, if you’re all about unexpected surprises, then this Valentine’s Day show your love and appreciation for someone who is NOT expecting it. Don’t want to be predictable with your sweetie? That’s fine. What about your cousins who you see once a year? What about your nice neighbor who helped you snow-blow your walkway that one time? Or the barista who knows your name? Or your old friend that you call up when you’ve had a crappy day? Those are the people who probably don’t expect anything from you this Valentine’s Day, but who would be delighted by an act of caring!

ARGH! THAT MAKES NO SENSE!!! I’m sorry, I didn’t realize that you had to be in a relationship to be capable of loving someone. DO YOU HAVE A MOTHER?! WHAT ABOUT A MOTHER FIGURE?! DO YOU LOVE THEM??? SO MAKE A POINT OF TELLING THEM THIS VALENTINE’S DAY.

Clearly, this line of thinking turns me into a gigantic, Valentine-defending rage-monster. I shall calm down and try to respond with less of a knee-jerk-emphasis-on-the-jerk reaction.

Ahem. Oh, you’re single? Me too. In fact, I’ve never been in a relationship on Valentine’s Day. Unlike you, however, I don’t think your relationship status should dictate your ability to celebrate a holiday or not. Shockingly enough, there are still a lot of people in my life that I love and appreciate, despite not being in love with someone.

I remember the year that my brother, Nathaniel, and his college friends decided to boycott Valentine’s Day. They wore black all day, didn’t talk to any girls, and hung out and watched The Godfather that night. Funnily enough, they had it kind of wrong. By spending time with friends, they were sort of celebrating the purpose of Valentine’s Day anyways. Still, I can sort of understand, I’ve had those moments of single-blues on Love-day, but then I remembered that having a chip on your shoulder and taking it out on everyone else is an ugly character trait.

If you boycott Valentine’s Day because you’re single, then you are ultimately just being selfish. It’s not all about you, my friend. You’re glum because you’re single? Boo-hoo. Go show love to somebody else rather than wishing that somebody would show it to you or whining because nobody does. Valentine’s Day isn’t just about romantic relationships! It’s about love of all kinds. I challenge single-folk to make Valentine’s Day theirs just as much as it belongs to couples. You have to be the change you wish to see in the holiday.

“Isn’t that a Christian Holiday? I’m not Christian.”

First of all, most of the holidays that are celebrated today have some sort of religious origin (again, Christmas comes to mind). I’m willing to bet that many, or even most people who celebrate those holidays aren’t practitioners. I doubt everybody who drinks a beer on St. Pattie’s is a devout Catholic. Similarly, people who eat Cadbury eggs are probably not all attending Good Friday services and celebrating the resurrection of Christ. People who celebrate holidays through the lens of their belief system may return to the roots of the holiday, but it is hardly the norm. You clearly do not need to be a Christian to celebrate a holiday of Christian origins.

Second, while there are some different accounts of St. Valentine and his execution being on February 14th,  the roots of Valentine’s Day can be traced back to Lupercalia, a Pagan fertility festival held in the ides of February in ancient Rome. As a non-believer, I think you can safely celebrate the day. I just wouldn’t encourage you to do it the way they did in ancient Rome, because sacrificing a goat and a dog, well. That’s just sad. And touching their hides (once removed) in hopes of fertility in the oncoming year? I think Science has brought us farther than that.

Side-note, Valentine’s Day’s association with the idea of Love also has been linked with early belief in France and England that February 14th was the beginning of a bird’s mating season. If all else fails, I guess you can celebrate it for the birds. 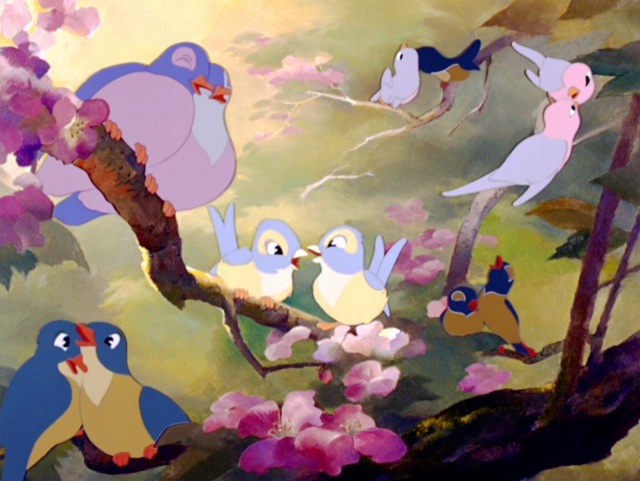 “I actually hate everyone, including myself.”

That’s just awful! If all else fails and there’s nobody that you love, you should at least love yourself and give yourself a day of pampering. Try. Be good to yourselves, you are the only you this world has got. That makes you a very limited natural resource and a rare commodity. Appreciate that about yourself.

“My entire family died in a freak pinecone incident on Valentine’s Day.”

Okay. You’ve got me there. I probably wouldn’t feel very festive either. But, I mean, you could always make it a day to commemorate your love for your family, right? That’s what I would want people to do after I’m gone – not just sit around being sad on the day I went out, you know?

Have some other reason why you don’t like Valentine’s Day?

So, if you aren’t convinced yet, please feel free to go back and look at my older Valentine posts to hear some more of my strong opinions or get ideas for how to celebrate.

If you want to argue with me about it some more, please post comments. You are wrong, and I will fight you. For the sake of Love.