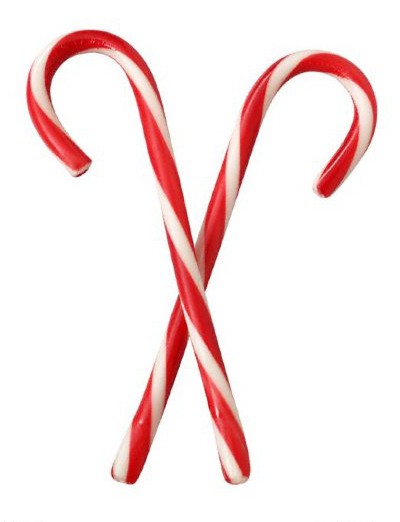 I mean, of all the sugar in the world to ingest, they’re at the bottom of the totum poll. I actually would rather have roasted brussel sprouts than candy-canes. . . but there is just something so darned festive about them! I can’t seem to go through a Christmas without buying at least one box, and – let’s face it- there’s only so much peppermint hot chocolate a girl can take!

After throwing away a near-full box last year, I decided that I would be much more clever this year and I set about Project Candy-Cane Upcycle 101 with vigor.

After rifling through my pantry, I found (among other and sometimes scary things) a bag of white chocolate wafers and a bag of red chocolate wafers. Clearly, I should be looking in my pantry more often. But that aside, I immediately set about making my very first PEPPERMINT BARK!

First, I melted the white chocolate, about 45 seconds at a time (my microwave is a little weak), stirring in between with a spoon because white chocolate has this bad tendency to become hott clumps of burning chunky lava that just won’t melt if you’re not watching. (While I impatiently waited, I took the time to crush up some of my extraneous candy-canes!)

Then, I melted the red chocolate the same way that I did the white (carefully!), but I made sure to stir the white chocolate so it wouldn’t harden again while I wasn’t paying attention. I also crushed up a few more candy canes at this point.

I recommend the old put-them-in-a-zipbloc-beat-them-with-a-rolling-pin trick.

So effective; gets the job done AND relieves any stress or angst you might be feeling while you’re at it! 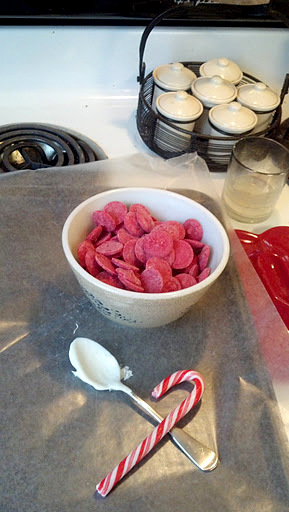 When the red chocolate was almost melted, I laid out the wax paper and started to pour the white chocolate. 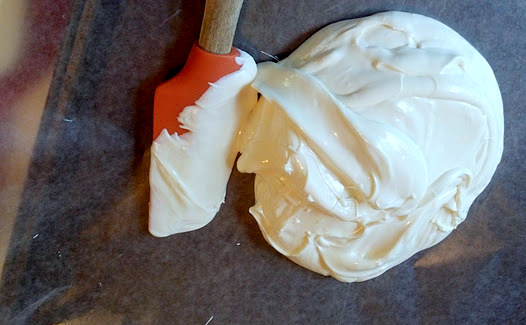 That looked just great, but since the whole idea was to get rid of as many candy canes as possible, I put a thin layer of candy-cane dust (maybe I was a little stressed or something, because I definitely had lots of the too-small dust variety “pieces) over the white chocolate.

Next, I unceremoniously dumped all of the melted red chocolate over the spread-out layer of white chocolate. I spread it out as evenly as I could without blending chocolates (I wasn’t going for the pink look) and THEN (my favorite part), I got to use my favorite fake-decorating technique to make the colors blend. To achieve this technique you take a typically-tined salad fork and artfully (playfully, even) twirl it through the layers of soft chocolate. This is so simple that, should you feel disinclined, you could probably let a two-year old do it. But people will still be impressed.

The only thing left to do is sprinkle it GENEROUSLY with peppermint crumbles (shards/dust/etc) and pop it in the Fridge (or onto your back porch) to harden!

Isn’t it beautiful? I wish I could take more credit for it, but it really isn’t that hard.

Once it is nice and hard (don’t rush this part or try to cheat with the freezer or it’ll look funny – SERIOUSLY!) then you get to essentially undo all your putting-together-work and break it up into delicious and aesthetically pleasing shards of peppermint bark!

I like that this peppermint bark is especially bright and that the chocolate is mostly layered by color – it makes for a nice overall “look”.

Now the only thing left to do is to box it up and give it as a fun gift!

Or, you know, if you’re feeling like sticking it to your New Years Health Resolution, go ahead and eat it. . . I had a piece (you know, just to make sure it was edible) and it was DE-licous!

Far better than a mere candy-cane, if you ask me.