I am almost finished with my masters degree in Special Education. By almost, I mean, I have an interminably long 4 classes left to go. Just in case you’re unfamiliar with the magical experience of special education classes (for educators), you should know that it is definitely a mixed bag. Like Bertie Bott’s every flavored beans, one class might be a delicious toffee, but another one could very well end up being ear-wax. . . and there’s not always fair warning! You never know what you are going to get, really.

That said, in one of my more toffee-ish graduate classes, we had to learn how to write a full-scale testing report. If you’ve never had the opportunity, it’s distinctly dull (Is that an oxymoron?). SO, in an effort to transfigure a miserably boring assignment into a more palatable process, I decided to put a magical spin on academic testing. I am pretty proud of the result, and will go so far as to claim that what you will read below is almost legitimate enough to be sent to the Special Ed department at Hogwarts School of Witchcraft and Wizardry! 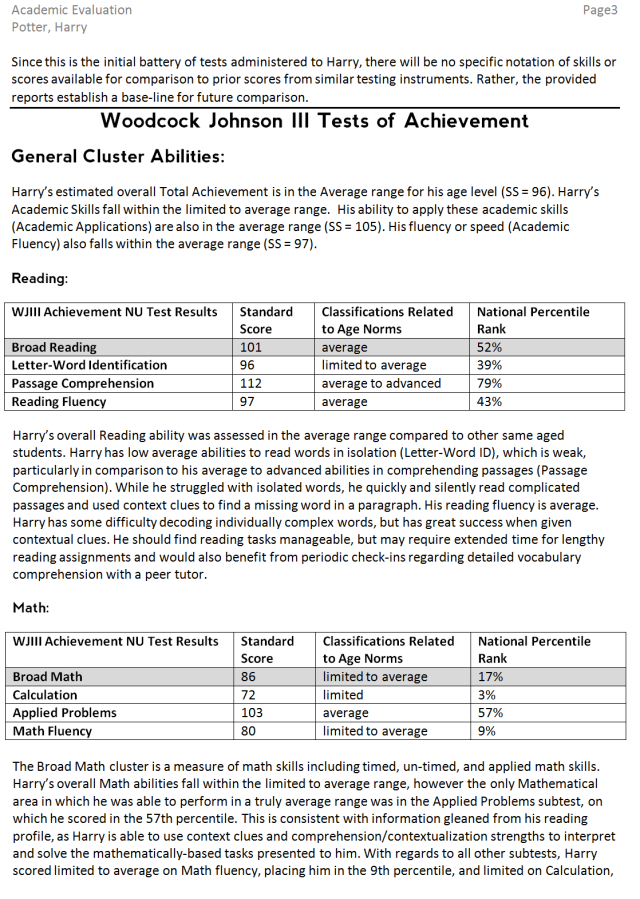 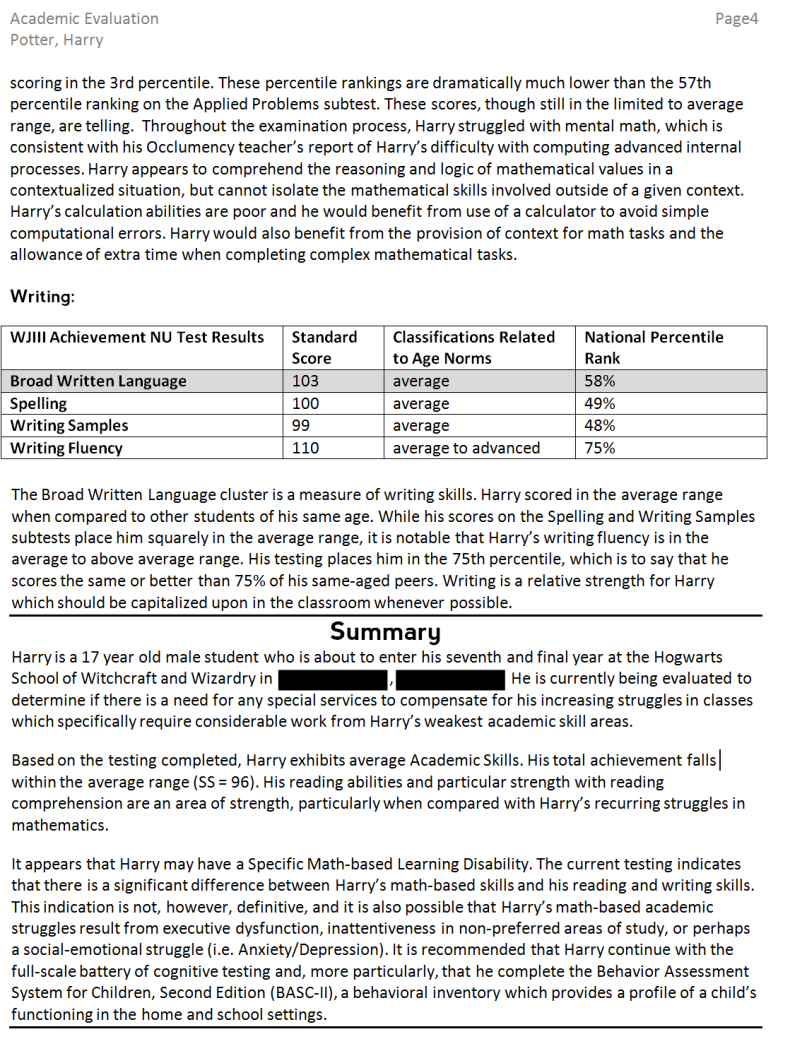 I hope you enjoyed that. As a post-script, I would also like to share with you a few additional extra suggestions in case you are actually finding this interesting/nerdy/humorous enough to keep reading. First, I think Harry could just be afflicted with an overabundance of wrackspurts, and should consider investing in some spectrespecs. HOWEVER, if the math-based concerns are founded on reality,  I found a few worksheets on someone else’s blog which Harry might find helpful in remedial arithmancy class: 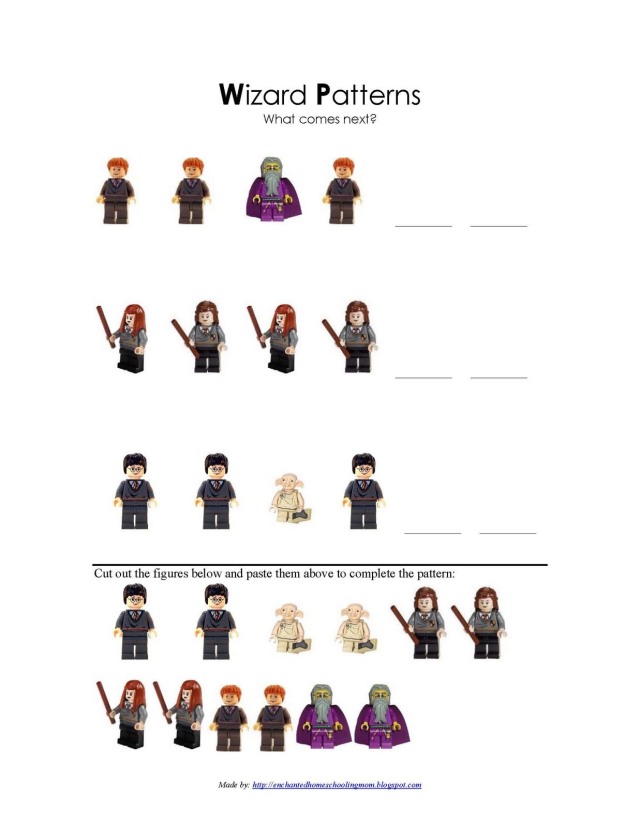 Now, maybe some of you are thinking, “Hey, what was it that Albus Dumbledore once said?

Well, I hate to be a practical person, but abilities are important, too, my friends. Even for wizards. Without some ability (ahem: HERMIONE) Harry wouldn’t have made it past year one! Saving the school from You-Know-Who and being the chosen one will only get you so far in life. . .

SO, in order to avoid these Gandalf-moments (I know, my nerd is showing). . . Harry should focus at least somewhat on his abilities and, particularly in challenging academic situations, he might just heed some other wise words Dumbledore gave him: 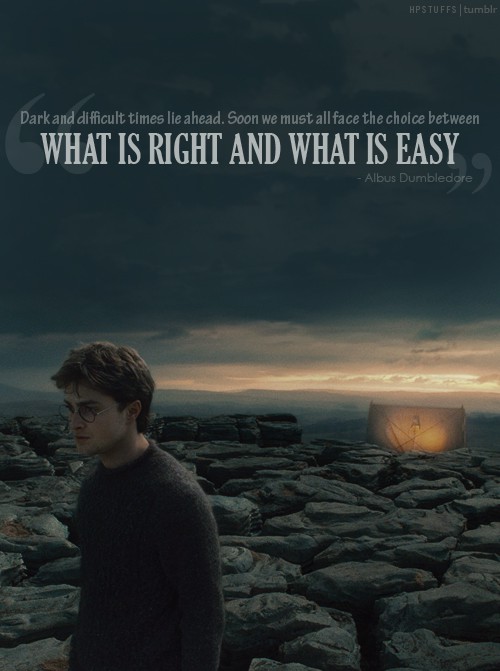 One thought on “Special Education: Not Just For Muggles”