There is something about Sunday afternoons. They are an exquisite blend of relaxation, nostalgia, and productivity. Usually by Sunday afternoon I have already done my weekend cleaning and laundry routine and can dance towards slightly more indulgent (but still handy) pass-times; like baking. My family never did “Sunday Dinners”. . . in fact, Sunday was the “fend-for-yourself” dinner day. I distinctly remember going through a phase of eating potato-bread and peanut-butter toast. Exclusively. Lack of Sunday dinner didn’t mean lack of tasty food, however, and Sunday afternoons were always an opportune time for baking. Today, after my Mom headed home following her visit chez moi, I got home from church and gave into my nostalgia-driven baking urges with a classic.

Now, not to toot my own horn or anything, but I consider myself something of an accomplished chocolate chip cookie-baker. Once, during college, while on a quest to find the greatest chocolate chip cookie recipe, I baked over a thousand chocolate chip cookies. Friends came through the apartment, offering to taste (so accommodating) and giving opinions. I have a very fond memory of one apartment-boyfriend coming in with his own jug of milk in hand, ready to put all 4 recipes heartily to the test. Although reviews were mixed, and the challenge results were inconclusive, the above recipe was rated highest in overal taste and appearance, both before and after cooking! And you wouldn’t believe how in-depth these evaluations were. .  .

As an added perk, they’re also one of the easiest recipes to whip up! Just set the oven to 350 degrees, cream together butter, margarine, crisco and sugars, add in all other ingredients in the order listed and then pop them into the oven for about 11 minutes a tray. They always turn out beautifully!

The trick to these cookies is that, like with most baked goods, over-baking is the kiss of death. Take them out of the oven just before you think they’re really done and they will stay nice and chewy! 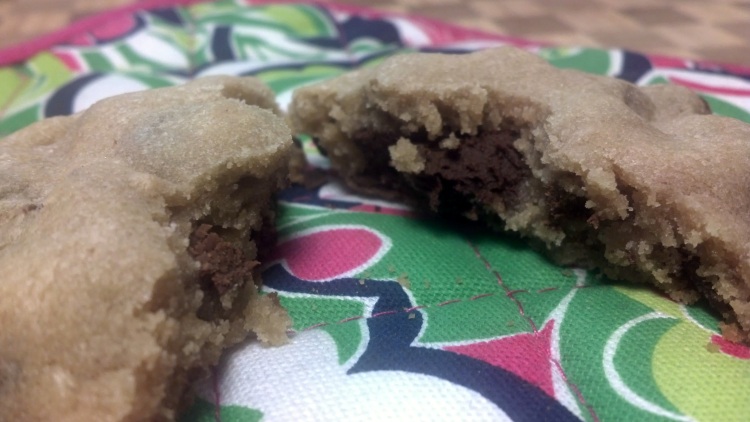 Voilà! Or, as the car in front of me on the way to church put it:

It’s just that easy! Now ditch the potato bread and that jar of Skippy and whip up some tasty cookies! 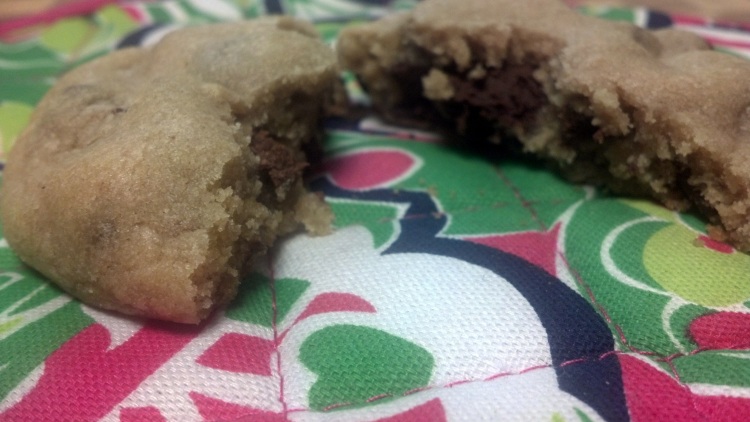 You won’t regret it!