Once upon a time, when I lived in France, I studied with a girl from China named Wenxuan.

One day, Wenxuan agreed to teach myself (and two other friends from class) how to make true Chinese Dumplings. . . So we gathered in the little quintessential southern French kitchen, and began the process. I took copious notes . . . and a few pictures! 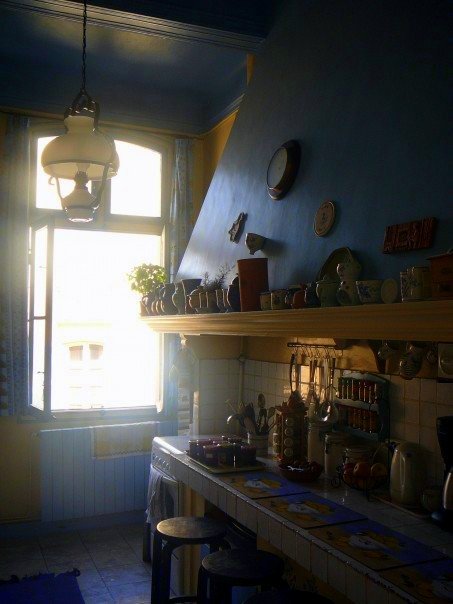 A Recipe For Chinese Dumplings

A Note on Dumpling Filler or “Stuffing”: It’s really a matter of taste! You can make stuffing out of whatever suites your taste: beef, fish, pork, chicken, even sweet things . . . basically the only rule is that the dumpling filling must be chopped very finely.

The mixtures that we tried:

Ingredients: All purpose flour and Water.

***There are no real measurements in this recipe, just keep adding and mixing and kneading! I know, this is ridiculously frustrating, but it’s just the way Wenxuan did it! I would start with two cups of flower, if you’re feeling stuck . . .

2.) Make a hole in the middle of the pile of flour and fill with Tepid water

4.) Add water as needed, it’s good to keep a little cup on hand!

5.) When you have a good dough consistency, leave in a round and let sit for 30 minutes.

6.) Get out a flat cutting board (wooden if possible) and a knife.

7.) Role dough out into a long snake like roll. 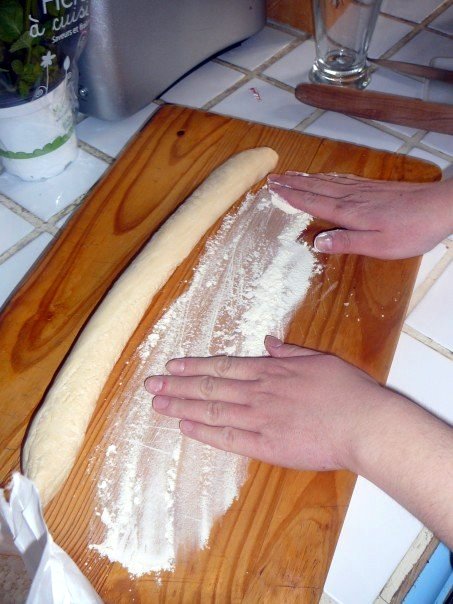 8.) Put flour on the board and slice the dough-snake into more manageable pieces (see below!). Using the palm, press them down into flatter rounds. Then, using a rolling pin, roll out thin rounds in desired size. We did about 3 inch rounds. Make sure the edges aren’t too thick. 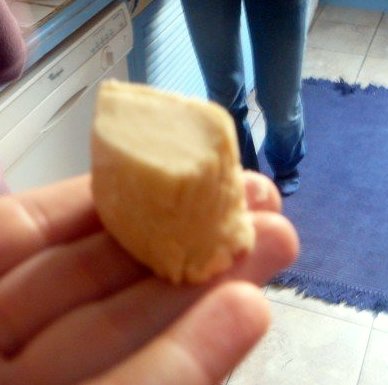 9.) Put as much stuffing as you would like in the center of the round and fold in that wonderful flowery way of the Chinese Dumpling (sometimes called “potstickers”)!

(My pathetic attempt at explaining how to fold: First fold the circle it in half over the filling, creating a half circle with a pillow-full of whatever you’ve put inside – a little like a canolli that you seal off. Then pleat the edges twice on each side, starting from both of the ends and forming the two pleats inward toward the middle of the dumpling! It’s hard to explain, and it took us a little while to figure it out, even with a helper. The good news is:  I’m sure there are some pretty boss tutorials out there somewhere, if you feel like you need to youtube search to give you a hand!) 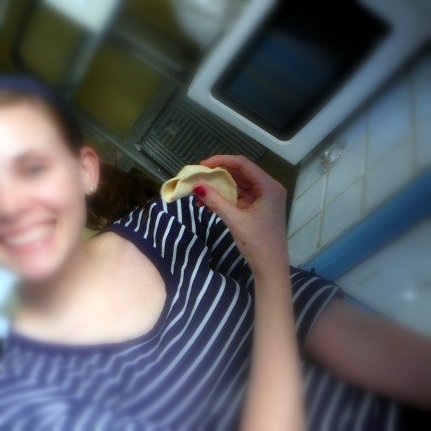 10.) Tip: Get a finger-bowl of water and use to help stick the edges of the dough together.

11.) When all is prepared, dumplings can be frozen or immediately cooked… Also, there are multiple ways to fold dumplings . . . Wenxuan was awesome at it and showed off a little after much encouragement! 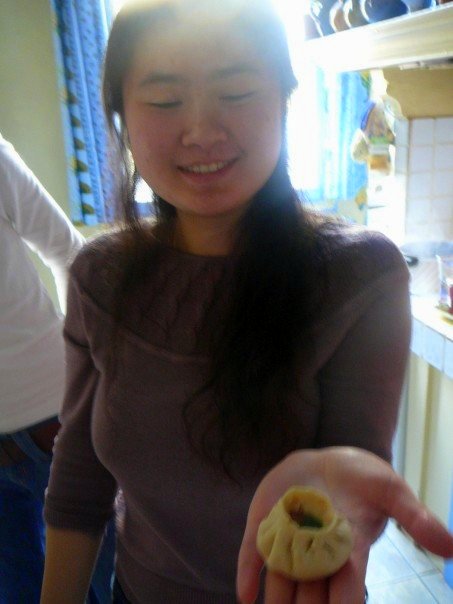 12.) If preparing the dumplings immediately, you must bring a large pot of water to a boil (kind of like you would for Ravioli!).

13.) Add dumplings to hot water, stirring as they are added to avoid sticking. 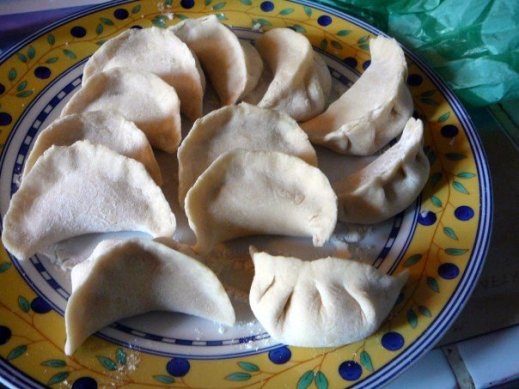 14.) When the water comes to a boil, add some cold water and continue stirring. Repeat this step 2-3 times. Before removing all dumplings from the water, test one to make sure the dumplings are well cooked. 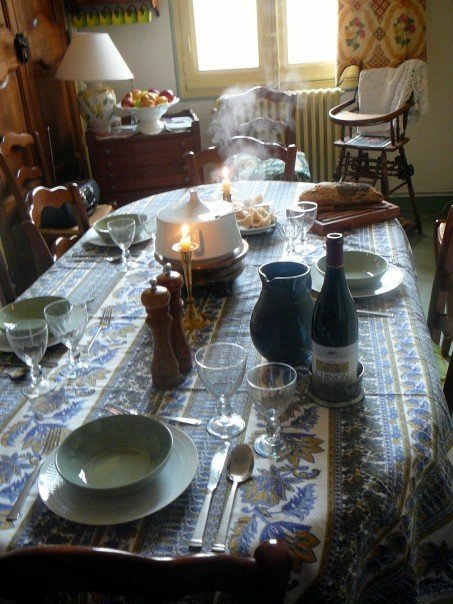