So, What Do Nativities Have  To Do With Nut Cookies?

Not everyone knows that the French nativity scene, or La Crèche de Noël, is more than just your average Mary-Joseph-BabyJesus-Shepherds-Angel deal. Most American people (like me) grew up with your average nativity scene, which has about nine people and assorted barnyard animals. 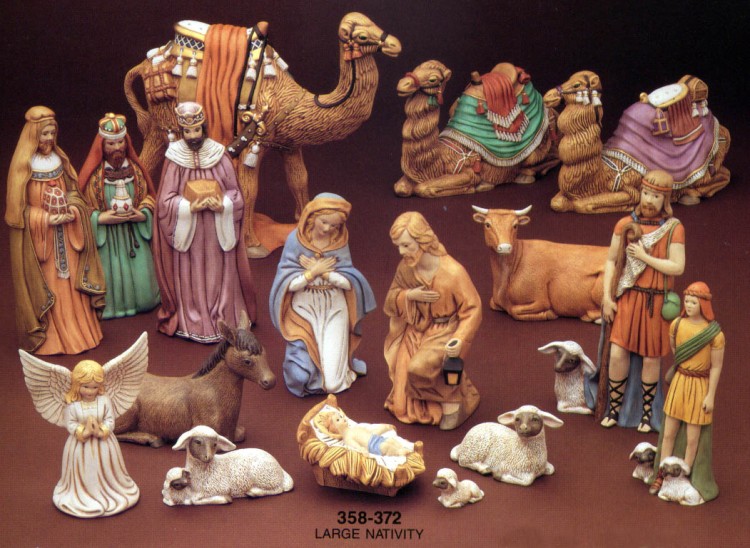 This nativity-tradition-thing all started back in the 6th century  as a way to help people see what the actual birth of Jesus looked like (or at least, what they thought it looked like). THEN, during the French Revolution, outdoor  Nativity Scenes were outlawed, and the innovative French people started carving their own figures, but they took on a kind of nutty spin (if you will). Instead of just the traditional figurines, all sorts of funky people started showing up in in the mix! The Cow and The Donkey got promoted in importance and started being seen as watch-guards for the Baby Jesus! On top of that, fishermen and town criers, musicians and bakers, lantern-bearers and lavender-farmers . . . you name a small-town role and it pretty much cropped up in the Crèche de Noël. 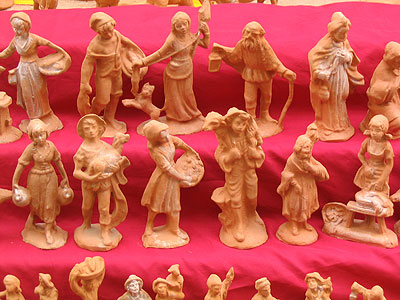 You know how the purest intentions of celebrating a season with an observed tradition (like having a nativity scene) sometimes get a little bit of the individualized flavor of the celebrants mixed in? Wellllll, my family mixed various traditions in with our more reason-for-the-season traditions, and one of those lovely not-biblical-but-still-enjoyable advent traditions is Cookie Baking!

These are pretty straightforward – I barely follow the directions anymore, because all you really need to do is mix it all together play-dough style (aka, wash you hands and then smash it all up!). Then you roll it into crescents, or that’s what my family did, you can also do other shapes if you want!

Once they’re in the oven, you have only one last step to prepare for: The Powder. You pour a slew of confectioner’s sugar into a bowl and get ready to roll the still-hot cookies in it to complete the process!

Something magical happens when the hot cookies get all mixed up in powdered sugar – It’s like a kind of frosting forms from the melted sugar, and (in addition to being highly powdery) there is a little sweet layer that winds up being on the cookies! So tasty! 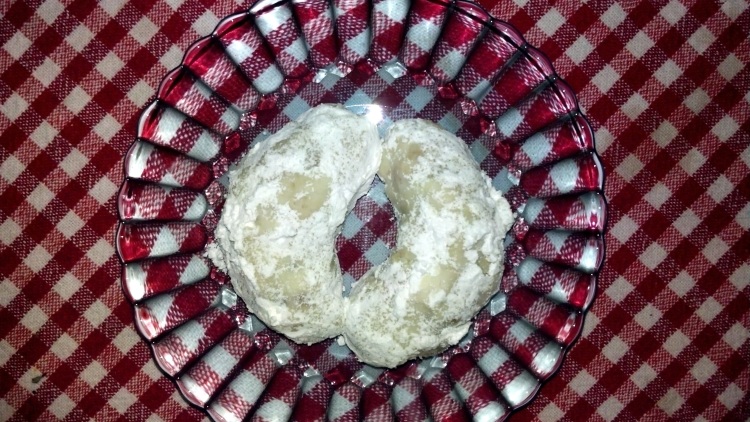 This recipe is new to me – a pass-along from a coworker who was kind enough to share after I ate about 5 of the ones he brought in to school! The first step is making the “crust”, which is a lot like a sweet shortbread.

Then, while that is baking, you throw together the other filling-like ingredients in a bowl (in no particular order!). It’s quick going, so you might actually wait until the base-layer is almost done! 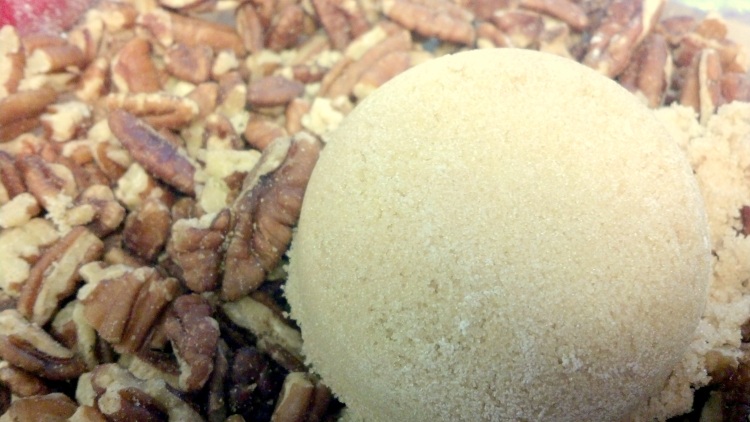 When you’re ready, you pour the “filling” onto the “crust” and bake for another 20. Then you have to let them cool a little before you cut them, but not totally, or they “set” a little too much! The result is unbelievably delicious. 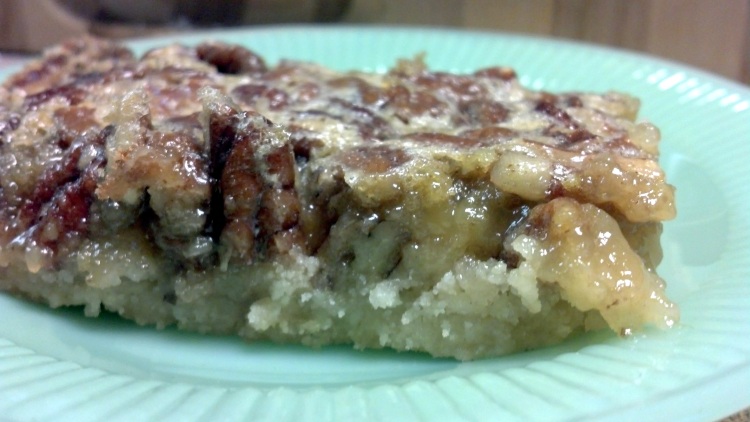 Seriously, let’s take another look at this: 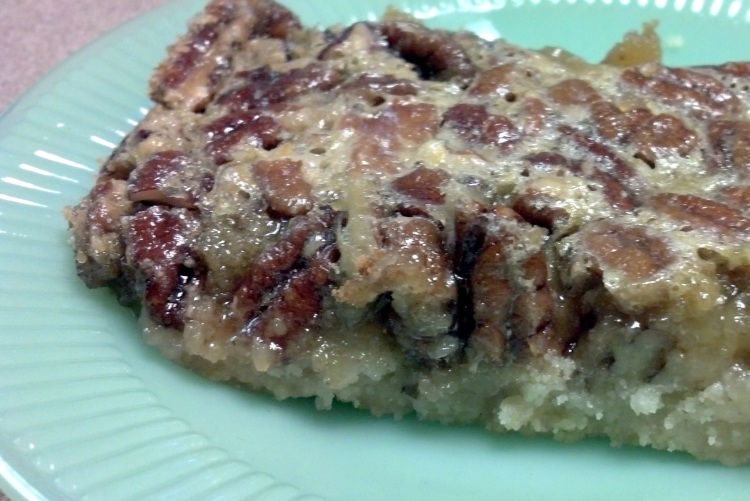 I hope you make these cookies and enjoy them as much as my roommates and I have been. . . Don’t lose sight of the real reason behind all the preparations for Christmas (aka the coming of Jesus to earth!), but all the same, I think it’s fitting to appreciate the sweet traditions that have cropped up over the years! They are our way of setting this season apart as particularly wondrous!